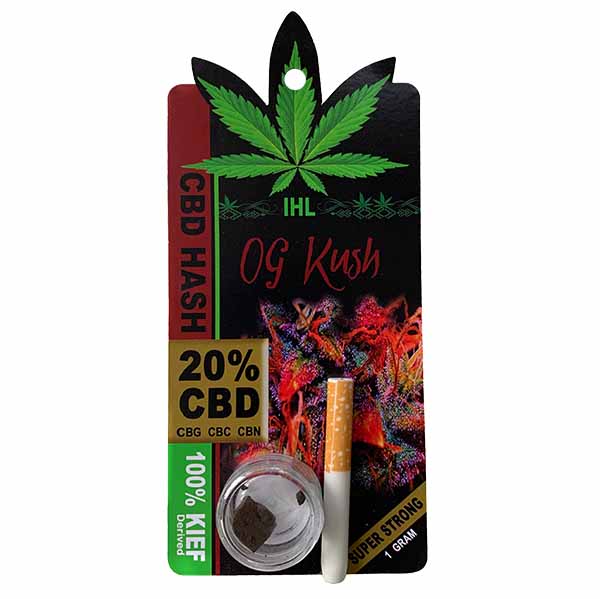 By now, most of us CBD enthusiasts have experimented with CBD edibles, tinctures, topicals, vape oils, and so on. But, as we know, the industry is still relatively new and evolving at a very rapid pace. More hemp products are hitting the market than ever before, with each promising to deliver an experience that’s highly unique from the rest.

Today, we are talking about CBD hash. Yes, you read that right. So, allow us to explain it thoroughly so that you can decide whether or not it’s something you’d like to incorporate into your daily routine.

What is CBD Hash?

If you’re familiar with hash, you probably already have a pretty good idea. CBD hash, or hashish, is essentially the concentrated oil of the industrial hemp plant. It contains potent levels of cannabinoids, flavonoids, and terpenes, each serving a unique purpose. When consumed together, they induce a phenomenon known as the entourage effect, meaning that each compound maximizes the overall effect of the others.

CBD hash looks like a solid, dark substance. What it is, in all actuality, is a resin. It’s made from the trichomes of cannabis and hemp plants, which are resin glands. Hash can be consumed in a variety of ways, which we will be getting into shortly.

How is CBD Hash Created?

CBD hash starts with the hemp plant, which is cultivated in a toxin-free environment. Once the plant has matured, its trichomes are removed and pressed into a brick. Typically, when we talk about CBD-infused products, we’re referring to an extract sourced from plant buds. However, trichomes exist not only within and around the buds, but in the leaves, and stems as well.

CBD hash has its own unique flavor, which, as you would imagine, tastes similar to cannabis. However, CBD hash is routinely flavored with additional ingredients. Typically, these are highly concentrated oils that don’t do much to interfere with the hash’s natural consistency.

How is CBD Hash Consumed?

CBD hash can be consumed in a few different ways. It is commonly smoked in a bong, which is a large pipe that utilizes water to cool the smoke, allowing for smoother and more pleasant inhales. It can also be smoked in a standard pipe, which is a small, handheld piece that has a bowl in which the hash is placed. Both of these methods involve lighting the hash so that it can be combusted and converted into smoke.

There are also vaping devices, which are a relatively new consumption method. Modern vaporizers are small, more affordable, and more advanced than ever before. We now have vaporizers that contain chambers into which you can insert your hash. Then, using the power of electricity, this hash is heated and converted into a vapor that’s smooth on the inhale.

How Can You Find Quality CBD Hash?

If you wish to try out CBD hash, you must seek out a trustworthy company that produces quality products. Look for independent lab test results from the manufacturer, as these confirm that the hemp is legal, pure, potent, and high in quality.

Hash has Been Around for Centuries…

But only very recently has CBD Hash become a widespread trend among cannabis enthusiasts. If you’re interested in trying out CBD hash yourself, use this guide to learn more about it first. Then, make sure that you find quality CBD hash from a trusted company.

*These statements have not been evaluated by the food and drug administration (FDA). These products are not intended to diagnose, treat, cure, or prevent any disease