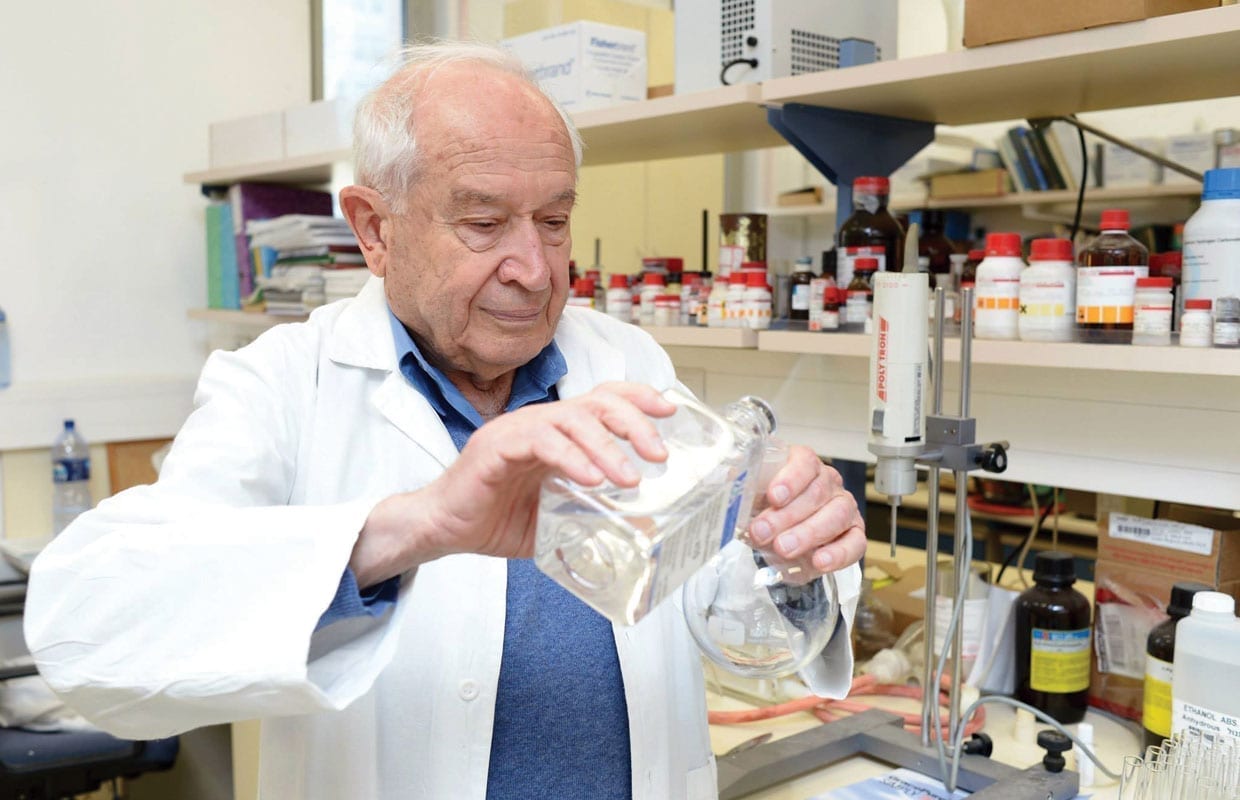 The human race has a long-standing and genuinely fascinating relationship with the cannabis plant. Many historians believe hemp, a variation of cannabis, to be among the first plants ever to be cultivated and harvested by man, long before beans, grains, or any other staple crop. Regardless of these deep roots (no pun intended), our scientific understanding of these plants has only recently begun to take shape. In this article, we meet the godfather of modern-day wellness cannabis and the pioneer of CBD research, Dr. Raphael Mechoulam.

Israeli chemist Dr. Raphael Mechoulam began his cannabis-focused career in the early 1960s at the Weizmann Institute as a post-doctoral student. While searching for an area of study with little-to-no prior research, Mechoulam was shocked to learn that, unlike cocaine and opium, the chemical structure of cannabis had never been studied. After obtaining a donation of five kilograms of seized Moroccan hash from the Israeli national police, Mechoulam commenced his ultimately groundbreaking research.

Despite successfully isolating cannabidiol (CBD) in 1963, Mechoulam was denied a grant from the National Institute of Wellness (NIH) on the grounds of cannabis not being deemed an “American problem.” He was instructed to reapply with a more relevant proposal. However, he refused to stray from his course and continued research. The following year, Mechoulam and his team made yet another breakthrough.

After identifying the stereochemistry of delta-nine-tetrahydrocannabinol (THC), they were able to differentiate the euphoric effects of THC from the potential wellness efficacy of CBD. This accomplishment effectively forced the NIH to recognize the importance of cannabis research and to award him a grant for his continued study.

Unfortunately, the astounding success of this study went vastly unnoticed due to pre-existing stigmas that were still associated with the cannabis plant at that time.

Mechoulam struck gold again in 1992 when he and colleagues William Devane and Dr. Lumir Hanus discovered anandamide, a naturally occurring endogenous cannabinoid known today as an endocannabinoid. This crucial finding led to the discovery of the endocannabinoid system (ECS). A highly sophisticated network of endocannabinoids, metabolic enzymes, and highly specialized receptors, the ECS is believed to be our most essential biological function. The endocannabinoid system is responsible for establishing wellness and maintaining a state of balance within the body.

Dr. Raphael Mechoulam achieved several lifetime achievement awards that include the Israel Prize in 2000 and the Rothschild Prize in 2012. His groundbreaking contributions in the field of wellness cannabis were paramount to the establishment of cannabis science, and he is an inspiration to many. He is currently 89 years old and still teaches at the Hebrew University of Jerusalem.