Home / Blog / How to Stop JUUL Pods from Leaking 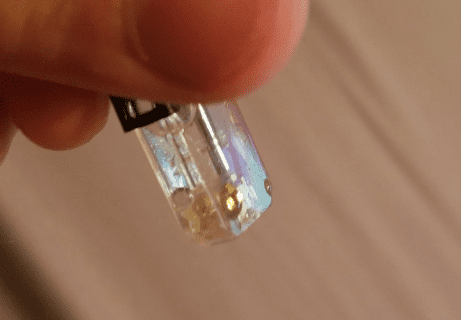 It’s happened to most of us – we’re enjoying a nice, relaxing vaping session with our trusty JUUL, and suddenly, one of two things happens: either we end up with a mouthful of vape juice, or we realize that our system isn’t hitting properly, so we remove the cartridge to discover that it’s leaking e-liquid onto the battery.

Leaks are annoying and messy, to say the least.  Further, they mean that we’re wasting precious vape juice.

What is a JUUL System?

The JUUL system is simple, easy to use, portable and low-maintenance, making it one of the most desired vaping systems of all time.  But just because it’s simple doesn’t mean that it is incapable of giving you trouble from time to time.  All hardware can give you the occasional issue, which is why it’s important to have a good idea of how to fix problems as they come up. One of the most commonly reported problems that JUUL users run into on occasion is a leaking pod.

Why JUUL Pods Can Leak

JUUL pods are designed to be secure, but unfortunately, there are many things that we, the users, can do that cause them to leak e-liquid.  One of the main causes is pulling too hard.  Using too much force to take in a hit can cause the e-liquid in the pod to come out through the mouthpiece, which can leave us with vape juice in our mouths, as well as leaks that run down the sides and onto the connections.

Another cause is manipulating the pod by squeezing it too hard.  This can loosen the seal that keeps the e-liquid contained.  Further, if there’s a problem with your device, the e-liquid can leak due to connection interference that changes the way in which the liquid vaporizes when a hit is fired through pulling on the mouthpiece.

Before we break down the best methods for stopping your pods from causing leaks, bear in mind that in rare cases, a pod will leak because it’s a dud.  In other words, the manufacturer produced a pod cartridge that simply wasn’t up to their normal standards by accident, so no matter what you do, it’s going to leak.  We won’t be talking about that but rather the leaks caused by improper usage and storage.

Here are some ways of possibly prevent leaks from occurring:

One big reason for accidental leaks is hitting the device too hard.  The harder we pull in the vapor, the more vapor we get.  Therefore, a lot of people like to take huge hits when they use their JUUL.  But, if you’re pulling too hard, you’re drawing e-liquid into the mouthpiece that hasn’t been vaporized by the coil.  So, try taking smaller pulls more frequently than a few huge ones.

It’s important to keep your battery charged.  Once it’s in the yellow, it’s time to attach it to your charger.  A low battery can cause leaks in two ways.  One, it will force you to take in bigger pulls to get enough vapor, as low batteries reduce vapor intake.  Secondly, a weak battery may prevent the coil from getting enough heat to vaporize the e-liquid, which will mean that those pulls are pulling out vape juice rather than vapor from the pod.

Check the connections between your pod and device.  If they’re not connecting to each other properly, the coil won’t heat properly, and so each hit will be drawing e-liquid out of the pod rather than vapor.  If the two gold connections on the pod are flat against the cartridge’s base, pull them out slightly and try again.

How you handle your pod can lead to a leak, so try to handle it as little as possible.  Squeezing it and hitting it can both cause leaks, and we tend to do these two things when there is an air bubble trapped inside the vape juice.  Try being more gentle by flicking the pod with your finger to reduce the risk of leaks.

If you’re not storing your setup properly when it’s not in use, you may end up with leaks.  A device that’s facing upward is less likely to leak due to the laws of gravity, while keeping it on its side or upside-down will increase the pod’s chance of leaking.

Finally, try not to drop your device.  We know that accidents happen, but each time you drop your device, you run the risk of breaking both the device and the pod cartridge, which can contribute to leaks in different ways.  The JUUL is a highly durable vaping system, but no hardware is totally immune to damage caused by a hard fall.  Handle your device carefully, and store it in a secure location when you’re not using it.

So, how does one fix a leaking JUUL?

These are the steps for doing so:

Note: sometimes, it can come down to a manufacturing error.  If this is the case, you can try contacting JUUL and notifying them of the problem.

A leaking pod can cause more issues than simply wasting vape juice.  When the pod is leaking, the e-liquid can get into the connections of the battery and pod, interfering with the ability for the battery to heat the coil to produce vapor.  Further, a leaking pod is messy, and can cause you to end up with vape juice all over your hands.

Without a doubt, a leaking JUUL pod can be extremely annoying, especially when things get messy.  The good news is that there are ways to fix it.  Use this guide the next time that your JUUL pod leaks.