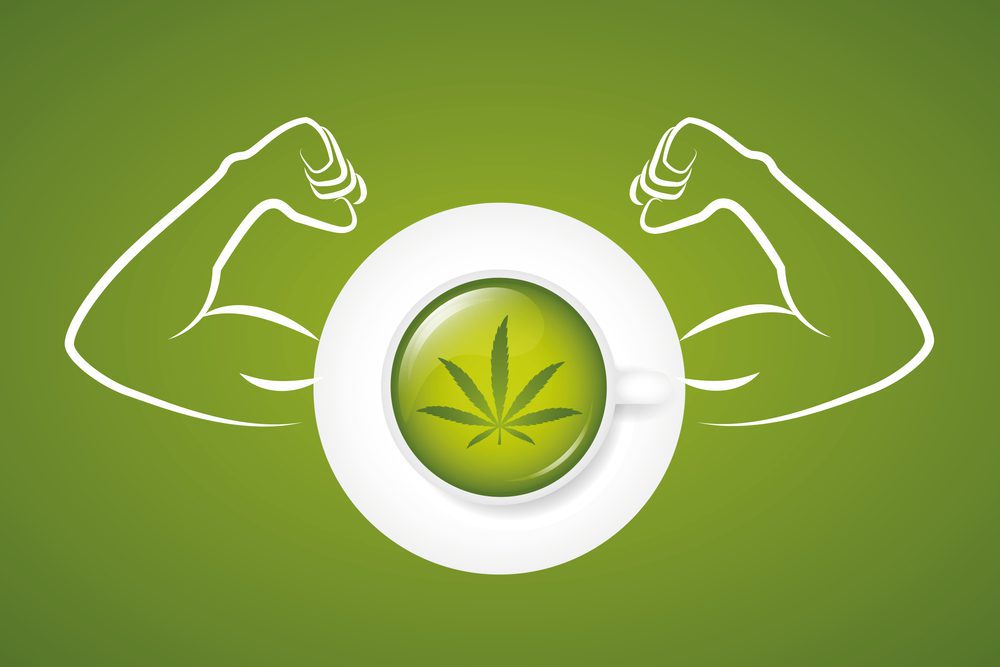 Once upon a time, the term “THC” (tetrahydrocannabinol) referred to one thing: delta 9 THC. Delta 9 is a dominant cannabinoid in marijuana that’s known for its psychoactive properties.  But, now that cannabis researchers have access to more advanced technology than ever, we have discovered a staggering array of THC-based compounds. Each behaves differently in the body, offering up their own distinctive properties through the body’s complex endocannabinoid system (ECS).

What Determines the “Strength” of a THC Compound?

Ranking the THC Compounds from “Weakest” to Strongest”

Now, let’s examine four of the most popular THC-based compounds. Not only that, but analyze their potential strength in order for everyone to have a better idea of which cannabinoid has the strength level that you’re seeking out.

Tetrahydrocannabivarin (THCV)) is easily the weakest of the four cannabinoids in question, as its behavior as a CB1 agonist is relatively weak by comparison.  Cannabinoids that are psychoactive are classified as CB1 agonists. This means they produce a positive response when interacting with CB1 receptors (cannabinoid receptors located in the nervous system that, among other things, yield an intoxicating effect via the brain).

Not only that, but this cannabinoid’s psychoactive effects seem to last for about half as long as those associated with other cannabinoids of the THCV variety.  But, at the same time, THCV offers properties not related to intoxication that are distinctively valuable, such as effects pertaining to blood sugar and insulin, meaning that there’s more usefulness to the cannabinoid than its ability to get a user high.

Another thing to point out is that the high associated with THCV is commonly described as uplifting and stimulating. Good to keep in mind if you’re chasing a very specific type of experience and feeling.

Hexahydrocannabinol (HHC) is the hydrogenated and therefore highly chemically stable version of THC. Given that unique relationship then, it’s easy to understand why many people who use HHC say that the effects feel almost identical to those of delta 9 THC.  This includes the high associated with the cannabinoid as well as the other effects for which delta 9 are known, which pertain to things like appetite, mood, and so on.  What we can therefore say is that HHC is more psychoactive than THCV. Not to mention, 30% more intoxicating than delta 8 THC as well as delta 10 THC.

Comparing hexahydrocannabinol delta 9 THC, we see that delta 9 is moderately psychoactive, producing a high that’s capable of having noticeable effects on mental clarity.  Many people say that the high is both mentally uplifting and soothing, while offering a mellowing effect on the body.

THC-O acetate (THC-O) stands out from the others as it’s the only cannabinoid that was specially designed to be very strong in its intoxicating capabilities.  While the other three cannabinoids we’re covering naturally occur in the hemp plant, THC-O is ultimately produced in a laboratory. It was invented in the mid-20th Century to act as a highly potent cannabis derivative.  THC-O is produced by isolating tetrahydrocannabinolic acid (THCA), the raw, acidic precursor to delta 9 THC, and blending it with a substance known as acetic anhydride in order to change its chemical properties.

THC-O acetate has been stated as being about 3x as intoxicating as delta 9 THC.  This would also make it somewhere around that same mark as intoxicating as HHC.  The high also described as quite euphoric, with strong body high effects that may lead to couchlock.  Users have reported mild psychedelic effects, especially when taking relatively higher amounts of the cannabinoid.

Tetrahydrocannabiphorol (THC-P) is not only the strongest cannabinoid on our list, but as of now, it’s believed to be the strongest cannabinoid that naturally occurs in the plant.  Discovered only two years ago, it has been analyzed enough to determine that it acts on CB1 receptors at about 31x the rate of delta 9 THC, which is pretty profound.  Essentially, if you’re looking for the most potently psychoactive cannabinoid available on the market, THC-P is the way to go.

Tetrahydrocannabiphorol is extremely new, as you can clearly see, and so we don’t have as much research to draw upon as we do with other THC compounds.  THC-P has been on the market for long enough though, to have distinct consensus pertaining to how it behaves in the body.  It seems to basically feel like a stunningly powerful version of delta 9, in that the overall properties are reported as being very similar, including the way that the high feels (both euphoric and mellowing, with notable body high effects) and the non-psychoactive properties that affect things like mood, appetite, nausea and so on.

What Other Factors Can Determine the Strength of a THC-based Compound?

If you’ve a very clear goal in mind when it comes to the strength of your THC compound experience, you will need to keep in mind that the cannabinoid type selected is only one factor to consider.  Once you settle on a specific cannabinoid, you gotta pay attention to other factors that influence the strength as well.

With all of these cannabinoids, there is a variety of product types and delivery methods that you can choose from. Not only do these influence how potently you’ll feel the cannabinoid, but how long the effects will last. Plus, how long it will be until the effects peak in the system.  This is because each delivery method influences the efficiency of absorption into the body.  Allow us to break down each product type, from least potent to most potent.

Milligram strength refers to the number of milligrams of the active cannabinoid in a product’s formula. Serving size refers to how much you take.  For instance, a 10mg THC-P gummy will not be as strong as a 30mg THC-P gummy.  And, taking a half gummy is quite different from taking 2 in one sitting.  Remember, taking more of a “weaker” cannabinoid will not give you the same experience as taking a standard serving of another.  For instance, taking 3 times the recommended amount of a THCV vape will not replicate the effects of taking THC-P.  Why?  Because ultimately these two cannabinoids behave differently in the endocannabinoid system, with their own distinctive properties.

Products that come in a variety of strains, such as vapes and flower, can have varying levels of strength. Why? Because some strains are inherently stronger than others based on their profiles of cannabinoids and terpenes.  These compounds work together synergistically. Meaning, the terpene profile of a strain alone can boost the potency of a specific cannabinoid.  Best to do some research on the strains made available by a manufacturer to discover which types are stronger than others.

Find the Cannabinoid Strength That’s Right for You

At the end of the day, THC-P, THC-O, THCV, and HHC all offer their own innate value based on both their psychoactive and non-psychoactive properties.  Still, if your goal is to have the strongest THC experience possible, THC-P is the clear winner.  The good news is that you can experiment with all of these cannabinoids and more.  How?  By shopping at Pure CBD Now, of course.  Here, is where you can find only the finest lab-tested formulas from the most trusted names in our industry.

Here are some example products of each strength from Pure CBD Now. You can purchase these products from their website: