Home / Blog / Can You Fail a Drug Test After Taking THCV? 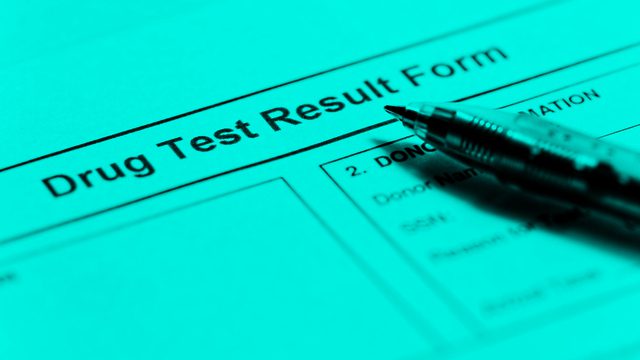 Did you know that tetrahydrocannabivarin (THCV) is one of the newer cannabinoids on the hemp market?  But, more importantly, it has taken some time for the hemp community to embrace it in a major way.  You see, with its mild psychoactive effects paired with its phenomenal potential properties for the endocannabinoid system, the cannabinoid clearly has a lot to offer to our daily lives.  And, the cannabinoid is federally legal, while being easier to access than ever before thanks to its growing demand.

However, just because THCV is legal doesn’t mean that you’re safe from any repercussions. This is in the event, should you wish to incorporate it into your routine.  We know that certain cannabinoids can trigger a positive drug test result. Regardless, of their legal status both federally and on a state level.

Failing a Drug Test from THCV: Is It Even Possible?

Yes, taking tetrahydrocannabivarin can result in failing a drug test.  This may surprise you, but it’s important to know that drug tests aren’t looking for specific cannabinoids, or traces of the marijuana plant.  What they’re looking for is an enzyme produced by the body called THC-COOH.

THC-COOH is the metabolite assigned to the breaking down of THC compounds. These share similar enough structural characteristics to all metabolize in the same way.  Meaning, any THC compound will result in THC-COOH in the body. And, if THC-COOH is detected, your drug test result will be positive.

How long THC-COOH lasts in the body after taking THCV depends on a number of factors that we’ll cover shortly. Basically though, you could fail a test anywhere from a couple of days to over a month after you last consumed the cannabinoid.

What are the Most Common Drug Tests Used for Detecting THC-COOH?

In the event that you have consumed tetrahydrocannabivarin recently and you do have a drug test coming up, you don’t necessarily need to panic at the thought of failing.  There are several things that determine how likely it is that you’re going to fail a drug test after taking a THC compound, and there’s a chance that you will pass a test even if you’ve consumed tetrahydrocannabivarin recently.

Factor #1: The Last Time You Took THCV, and How Much

Something that makes a big difference is your actual prior THCV usage.  One is the last time you took it.  If it has only been a few days since you last consumed THCV, you’re at a much higher risk of failing your test than if it’s been a few weeks. Why? Well, since by then, there’s a good chance that you no longer have THCV left in the body.  Another thing that makes a difference is how much THCV you were taking.  Taking a small dose a couple of times is different from consuming a lot of the cannabinoid on a daily basis.  The more THCV has accumulated in your body, the longer it will all take to fully metabolize. Plus, the longer THC-COOH will remain in detectable levels.

We know that each person’s metabolism is unique.  Some of us just metabolize cannabinoids more quickly than others, making it more likely that we’ll pass a test.  We can’t know exactly how quickly our body will take to clear itself of THCV. But, what we do know is that there are certain physiological factors that can have a role.  Our genetics, diet, stress levels, hormones and immune function all seem to affect how quickly our body can break down THC.  Also, if you’re currently ill, you may metabolize cannabinoids more slowly.

One thing to remember is that there is still no proven way to completely clear the body of THCV in a pinch.  We know that some people claim to have success with cranberry juice, excessive amounts of water, detox supplements and zinc.  But, none of these methods have actually been studied for their effectiveness. Hence, we strongly recommend against relying on them if you’re trying to pass a test.

THCV products come in different milligram strengths, and the number of milligrams you’ve consumed with each serving can make a difference.  The more milligrams of THCV you’ve consumed, the longer it will take for THC-COOH to clear all of that THCV out of the body.

Bottom Line: THCV Can Cause You to Fail a Drug Test, So Be Careful

Overall, taking tetrahydrocannabivarin can result in failing a drug test. Essentially, the cannabinoid is metabolized in an identical manner as delta 9 THC.  What this means is that if you’ve a drug test coming up, taking THCV can really cost you in a number of ways.  It’s always better to be safe than sorry. And, in this case, simply avoid taking any THC-based compound until after the test is over with.  If taken THCV recently and do have a test coming up, you can see that there is still a decent possibility you’ll pass depending on how you’ve taken it. Not just that, but how your body processes cannabinoids.  Overall, since failing a drug test can cost you your livelihood, we recommend holding off entirely.